Four NFT Projects to Watch for in Q4

Four NFT Projects to Watch for in Q4

We are officially into Quarter 4 of 2021 with the start of October — otherwise known as Uptober across crypto. I cannot believe it’s already this late into the year, but at the same time, the past few months have been years long in NFT time. I’m sure anyone who has been deep into NFTs knows exactly the feeling I’m talking about.

The end of the year is coming. Take a deep breath and refocus, because I have a feeling we are in for a wild end to the year.

There’s so many projects and big intellectual property NFTs coming out every week, it’s hard to keep track of them all, but today I am going to highlight four I have my eyes on. Three are projects that are already released and the other has yet to drop.

Frontier game is the brainchild of the mysterious Watcher. It is self described as a “competitive PvP battle game” with play-to-earn elements.

The project has dropped three different parts for the game so far: ISSA Genesis Blocks, Black Boxes, and the Watcher. Holding one of each of these will reward you with a Stellar Key, which gives you access to the alpha version of the game, airdrops, and more.

This weekend, 3,330 Zero Specials (total mint: 3,600) were airdropped to holders of Black Boxes and Watchers, and 10,000 Zero Classics were sold out at .1Ξ, with a max of two per wallet. Zeros are described as personal protection bots that come with a lifetime season pass to unlock all in-game seasonal rewards.

The quality of art and teasers has me very excited to see what the Watcher has in store in the near future. Developing a fully playable game is a tall task so I think it’s fair to be cautious about whatever the final product will be, but every announcement from the team has delivered thus far and added fuel to the hype train.

On their website, the Frontier team claims: “We are more than 20 people and in the process of hiring around 30 additional experts.”

To take a deeper dive into the game, head to their website. Gameplay previews should be coming the week this article is out.

Sporting an impressive team of former Dapper Labs employees Poopie Cat and Evan Keast partnered with artist Burnt Toast, Doodles is an upcoming project that is one to watch closely, especially with the release coming some time in the next week.

Their Twitter account popped up on August 20, but the project really gained steam in the past couple weeks. Although this is another profile picture project, the art feels really refreshing. The vibrant colors and simple yet creative style really stand out from the pack.

Their Discord is closed, but the info they have released is that there will be a 10,000 mint with the cost being 0.123 ETH per doodle. They recommend staying locked into their Twitter for the latest, though mint is rumored to be before October 18.

Quite possibly the most hyped drop to date for an NFT, the Gundam Wing-inspired MekaVerse had to make this list. Sporting a cool quarter million users in their Discord (up to you to decide if the majority are actually humans), this project has finally been released after what has seemed like an eternity.

To avoid potentially the craziest gas war of all time, Meka held a raffle where users selected buying one or two Mekas at 0.2 ETH a piece. Wallets had to meet criteria to be able to join the reserve, such as being created before October 1. 24 hours later, winners were notified in a queue and were then able to mint their Mekas.

I’m very curious to see the price action for Mekas up to the reveal, immediately after reveal, and then a week later. Will it live up to the hype? You can keep up with the floor price and recent sales before and after reveal on MomentRanks.

As a huge Gundam fan, I’m hoping prices stay somewhat reasonable before they go nuclear like ON1 Force shortly after it’s release. 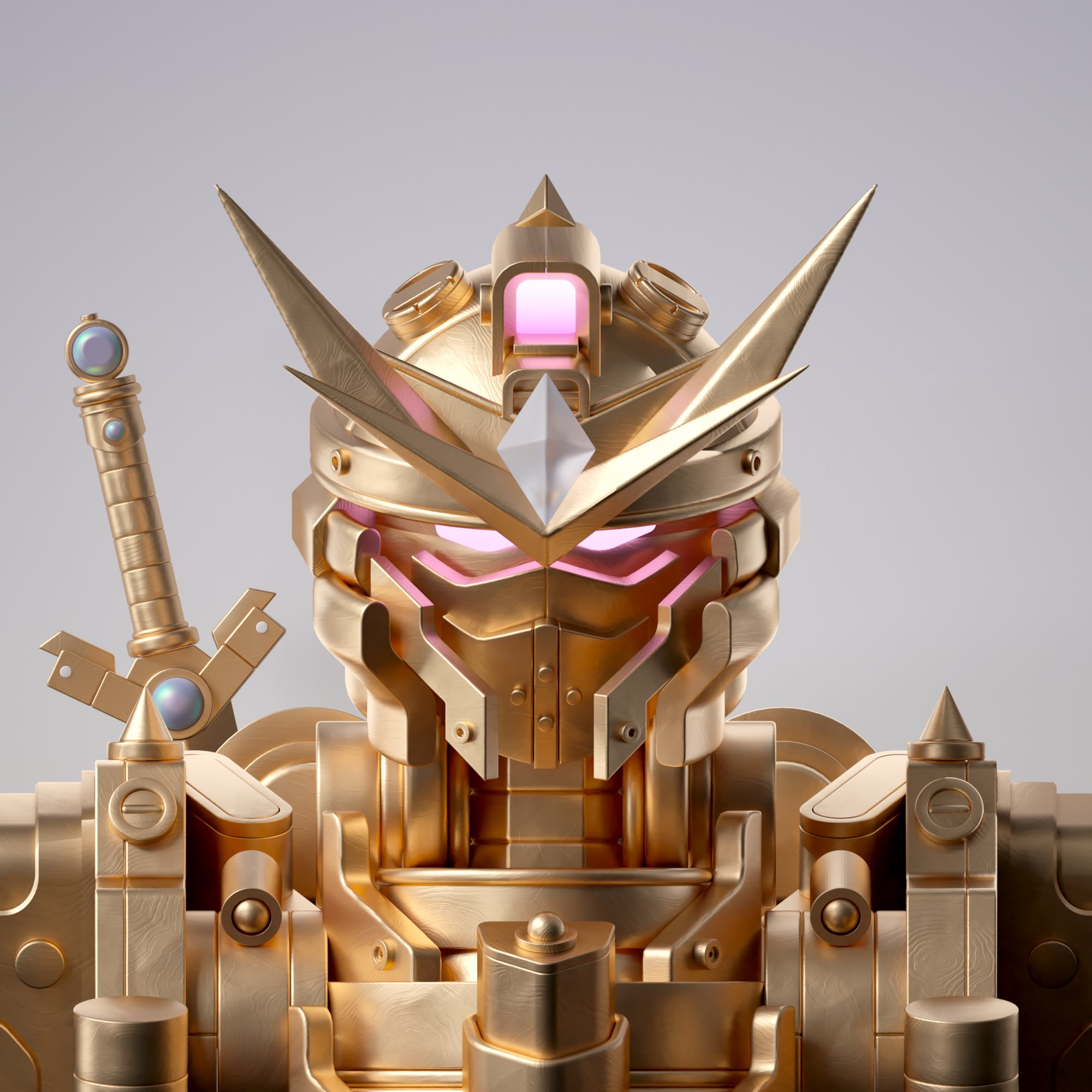 For our last NFT project, I want to highlight a project I think is flying under the radar. Woodies Generative Characters, created by UltraDao, dropped within the past month and checks both boxes: great, distinct art and a strong team.

The project has an interesting dynamic where you can continually mint Woodies if you have a mint passport up until all 10,000 have been minted. Some people are holding mint passports because each one enters you into raffles for special Woodies so there is a bit of game theory going on with the overall supply of the project. Fair warning, playing the mint passport lottery can be addicting. I kept buying and buying for the chance of a rarer Woodie.

Fair warning: playing the mint passport lottery can be addicting. I kept buying and buying for the chance of a rarer Woodie.

The project’s focus into the future will be developing storytelling into comics and more using the special woodies as well as ones from the community. The team has also pledged to plant one million trees as a giving back initiative.

If you don’t want to roll the dice on a fresh mint you can buy Woodies on OpenSea instead. Who knew treefolk could be so damn cute?

What projects are you excited about as we hit the final few months of the year? This space moves fast. I’m sure there’s a bunch of great ones that I haven’t even heard about yet. Let me know what you’re digging on my Twitter: @StrobeCM.

Disclaimer: This article does not constitute financial advice. Always do your own research.