Axie Infinity has taken the NFT world by storm, as more users rush to join the play-to-earn gaming revolution. The Pokemon-like game has skyrocketed to the top of the OpenSea charts with $122 million USD in sales in June 2021 alone, triple the size of the next largest project, NBA Top Shot.

Although the game is still in alpha, its impressive sales stats are drawing lots of new attention. During the COVID-19 pandemic, Filipinos began playing Axie Infinity to earn a living. Now, those who missed the boat early on are now looking to see what the game is all about. Axie Infinity has already hit over 200,000 people on their Discord server.

It stands out amongst many of the avatar collectibles that are popular in the NFT world today in that it is not a collectible, but instead these NFTs are used within a game universe (similar to Zed Run). Axis has created an entire economy based on earning money from battling and selling Axies, the fun-loving digital creatures. Not only that, but the scholarship program allows you to invest in and build a business around Axie Infinity.

Today, we’ll explore what Axie Infinity is, explain how to get started, and explore how games like Axie can take NFTs to a whole new audience.

What is Axie Infinity?

Axie Infinity is a decentralized “play-to-earn” game by Sky Mavis that was introduced in March 2018. The founders were inspired by Tamagotchi and Pokemon when they created the fluffy creatures called Axies. Players can buy, breed, battle, and raise Axie NFTs, all which have unique body parts and characteristics which are used in battles.

The gameplay is a turn-based card game where the goal is to destroy all the enemies of your team, always made up of three Axies. Usually, teams are made up of one defender and two attackers, with the defender placed in front for protection.

What is an Axie?

Axies have various levels of Health (HP), Morale, Skill, and Speed which are determined by the class and body parts. There are many classes of Axies, including Beast, Aquatic, Plant, Bird, Bug, Reptile, Mech, Dawn, and Dusk, and each have varying specialties. There are also six different body parts which each have three genes. Finally, the abilities (cards) are made up of horns, backs, tails, and mouths.

Each of these aspects come into play when battling other teams of Axies to earn Smooth Love Potion (SLP), originally known as Small Love Potion. You’ll take turns using your team’s types and abilities to defeat your opponent and earn SLP, which can be spent in-game or swapped for other cryptocurrency.

Does this all sound a bit complex? There’s a lot to learn before you get started on Axies. Luckily, there are endless resources and videos available to begin and perfect your Axie Infinity journey. The official Axie Infinity whitepaper is a great starting point to understand more about the universe and how to start building your team of Axies.

When many learn about Axie Infinity, they hear about massive price tags of Origin and Mystic Axies. On July 3, a triple Mystic Axie sold for 369 Ethereum ($814,520 USD), setting the all-time high for an Axie Infinity sale.

When Axies were first released, you could earn a “Origin” badge on your Axie if someone bought an Axie off of your referral. According to the Axie Marketplace, there are currently 3,164 Origin Axies. These are considered the “Genesis” Axies and there will never be any more released.

For these Origin Axies, you had a 1-in-18 chance of spawning “Mystic” parts for each of the six available body parts. These Mystic parts enable better gameplay and therefore, a quicker way to earn. At the time of this post, there are 1,007 single Mystic Axies (one part is Mystic), 180 double Mystic Axies, 16 triple Mystic Axies, and three quadruple Mystic Axies in existence. That’s out of 1.6 million current Axies — a number that can grow as Axies continue to breed.

There is no virtually no supply cap on Axies as of now; as long as there is breeding, there will be more Axies. That makes these Origin and Mystic Axies even more rare and powerful as time goes on. However, the founders are focused and aware of the need for population management, and aim to give Axies added utility within the game over time.

Buying Axies on the Axie Marketplace

Players use the Axie Marketplace to buy and sell Axies — beware of “unofficial” Axie transactions on OpenSea. All Axies are bought and sold via the Axies Marketplace. The game recently introduced its own wallet, Ronin, an Ethereum sidechain. Using this wallet substantially reduces gas fees as you make transitions within the Axie Infinity world, and has allowed the game to scale faster.

There are four categories on the marketplace: Axies, Land, Items, and Bundles. 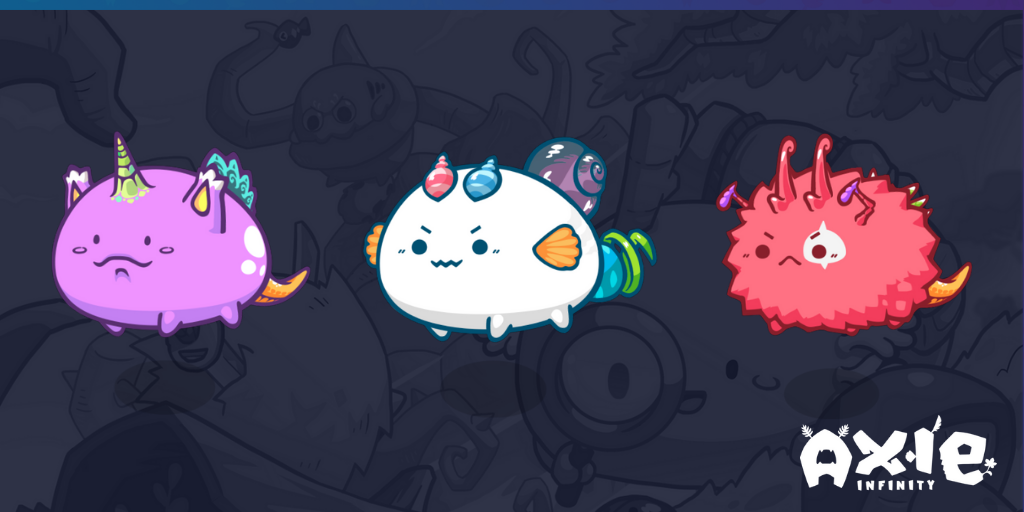 The core of the Axie Infinity universe are Axies. You will need three Axies to get started with gameplay. There are many resources out there to help you decide on how to buy your first Axies and what to look out for.

Lunacia is the Axie homeland, with 90,601 NFT plots. Although the land gameplay aspect of the game is still in development, many are betting on it being valuable. Resources like AXS tokens will spawn on land, and there may be other resources which can be used to upgrade the land and Axies alike.

Further out in the future, land owners may be able to build and monetize their own games with the Lunacia SDK.

On July 7, 2021, a Genesis land was sold for 269 Ethereum. On July 8, 2021, dingaling bought a Genesis land plot for 292 Ethereum, which is the current record high for a single plot of Axie Infinity land.

Land Items can be put onto Land to enhance your Axie’s abilities. Each of these items have their own rarity levels — Common, Rare, Epic, Mystic — and type — Savannah, Forest, Arctic, Mystic.

Bundles are plots of land and land items combined into one bundle for one set price. Between two and 40 items can be bundled and sold. You can view the entire bundle on the Axies Marketplace.

There are two different tokens in the Axie Infinity universe. One is the Smooth Love Potion (SLP) token, which you can either sell, swap, or use with AXS to breed more Axies. You can earn SLPs from battle gameplay. Both SLP and AXS can be purchased and traded on several cryptocurrency exchanges.

According to some, with a team of three average “floor Axies,” you can currently earn the SLP equivalent of $25-30 per day by playing the game consistently. That’s nothing to sniff at, as it can allow you to pay off your initial investment into Axies in only a few months.

The AXS token is different from the SLP token and is the governance token for Axie Infinity. You use four of these in conjunction with SLP tokens to breed Axies. The future plan is for AXS to be more utilized within the universe, and by 2023, the goal is for Sky Mavis to no longer be the majority shareholder for AXS. There may also be an RON token (for Ronin) introduced into the game in the future.

Axies can be bred up to seven times before it is considered to be sterile and can no longer breed. You can strategically breed Axies in order to create new ones that will be useful in gameplay. Breeding costs 4 AXS and a certain amount of SLP tokens — the more it has been bred, the more SLP tokens it will cost to breed.

Axies have dominant and recessive genes, along with body patterns, that determine what type of offspring it will produce. Successful breeding will produce an egg, which will hatch and turn into an adult Axie after five days. Once the egg is hatched, you’ll be able to see the new Axie’s genes.

For many in the NFT space, time is money. That’s where the idea of scholarships come into play.

Essentially, the Axie scholarship program means giving another account three Axies to start playing the game with. In return you earn a cut of their gameplay earnings. Some people are running tens of thousands of scholarships and creating entire businesses off of the concept.

There’s also a short documentary that goes into the details of Axie Infinity gaming in the Philippines and how communities are using the game (and its scholarship program) to make a living.

The Future of Axie Infinity

Axie Infinity continues to grow their number of daily active users, and has many exciting plans for the future. Version 2 of battles may introduce better graphics and gameplay, and include a free-to-play option as well. In this free to play option, the SLP rewards will be lower, but it will be a good way to introduce and onboard new people to the game, and it will come with three non-NFT Axies.

With additional future plans for AXS staking and land gameplay, the Axie Infinity roadmap has truly just begun. The current floor for three competitive Axies is around 0.5 Ethereum, and a bit more if you’re looking for Axies that haven’t bred. So you aren’t too late — you can start your own team and dive into the world of Axie Infinity and play-to-earn gaming.